There was a shift in the mood and setting amongst our group.
A camp fire was set up, and many of us gathered around it this night.
There was something captivating about these moments, as if
something was ending, making way for something new to come.

Days eleven and twelve of production were very different from the previous shooting days,
portraying a different kind of scene – even for Genre Wars!

We wanted to have little camp fire scene to set a lighter mood than some of the previous scenes.

As Aaron was no longer with us, DL rose to the occasion and filled in as First Unit DP.
We had many more familiar faces returning to be extras around the camp fire.  This worked so well because they were acting as townspeople living in Legren’s camp.

The biggest challenge for both of these nights that we needed to accomplish
was to teach a basic dance routine to our extras and cast.

Jill Zabetakis stepped up, having some background in dance, to teach everyone some
basic steps that ended up working wonderfully for the scene.  Thank you Jill!

Both evenings consisted of teaching and learning the dance choreography, practicing,
then finding the right angles to show off eveyone’s new moves, along with capture the beats of the story wrapped up in all this merriment, in particular, moments between Sethera, the townspeople, Jenda and Reman. 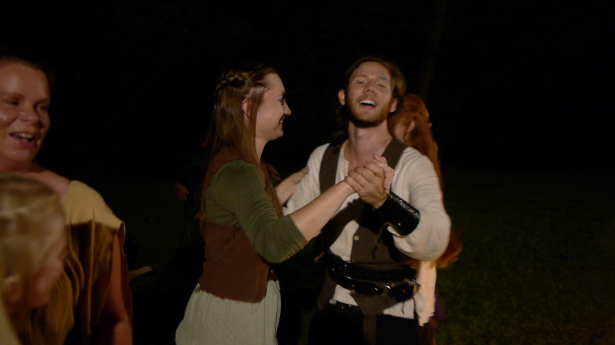 Day twelve also marked another departure from set.  Chloe, too, had to take her leave from set, as she, like Aaron and Kelsey, would be making her way to college; in her case, traveling clear across the country to California!

In the morning of day twelve, we also shot a small scene between Sethera and Legren,
a poignant scene involving themes of redemption and moving forward, healing old wounds.

It was a particularly bittersweet scene, knowing that Chloe would be moving onwards to an exciting new things in her own life. 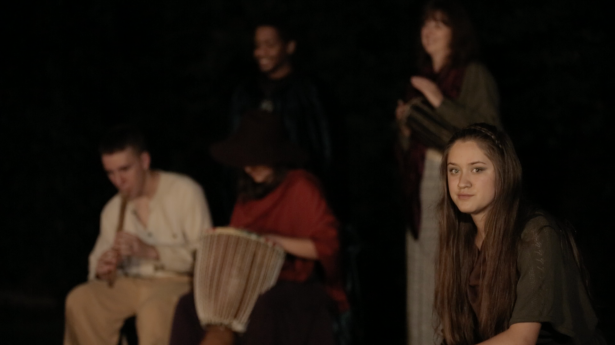 The role of Sethera was such a crucial element of Genre Wars and Chloe’s being part of it was truly a blessing.  For a short second at the beginning of production, there was a slight chance that we might not be able to make all everyone’s schedules work together,
but – thankfully! – it all worked out for the absolute best.

We are so grateful for all of Chloe’s dedication and willingness to share her talent with us.
We knew that she would be sorely missed on set. Thank you, Chloe!